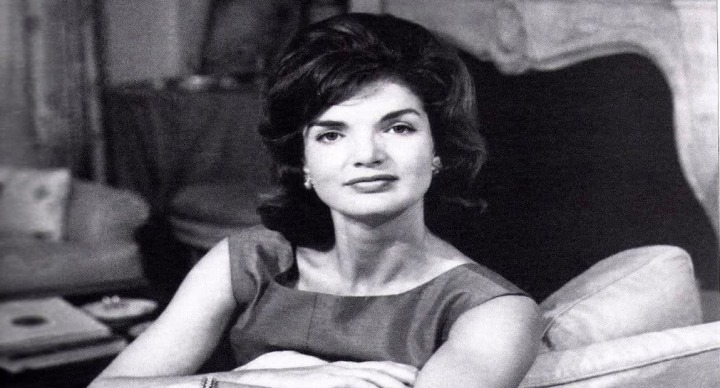 As a freshman in college, pressed shirts and blown-out hair are not the norm and throwing on yesterday’s leggings have become a rite of passage. While comfortable clothing is almost always the way to go when the words “8 am” are involved, I longed to feel put together and presentable just two months after move in.

Now, couple that feeling with the fact that midterms are next week (REMINDER: GO VOTE) former First Lady Jacqueline Kennedy was on my mind. With Halloween right around the corner, I knew exactly how I was going to dig myself out of my leggings and XL T-shirt-only rut; I was not only going to dress up as Jacqueline Kennedy, but transform myself into her.

Immediately, I began researching her and found that First Lady Kennedy was not only a style icon, but she was also responsible for making specific brands iconic. Gucci renamed a bag, originally dubbed the “Fifties Constance” bag to the “Jackie” after she fell in love with it and bought six, yes six, versions of it. Gucci released an updated version of the bag in 2009, named the “Bouvier”, a nod to the former First Lady’s maiden name.

Digging further into Jackie’s life, I realized her skin care routine was two things: simple and effective. She cleansed fer face twice a day, sixty years before the trend took the beauty world by storm. After removing every speck of makeup, she would apply toner. Then, Jackie applied Hungarian Erno Laszlo’s 3-9 Repair balm (which is the grandfather of the line’s Phelityl Night Cream). Not only did Jackie moisturize her face with the cream, she made sure to push the product into her décolleté.

Executing her skin care routine was relatively easy and cleared my skin up so much, I am definitely going to keep doing it! In the mornings I used Fresh’s Soy Face Cleanser, followed by Thayer’s Witch Hazel Toner, and finishing up with Clinique’s Dramatically Different Moisturizer. I made sure to moisturize my neck and hands, something Jackie swore by to keep her looking youthful. At night, I did the same thing, only adding in Clinique’s Take the Day Off Cleansing Balm before I washed my face.

While Jackie loved Italian bags and Hungarian skin care, she adored American companies and showcased them regularly. Among her favorites were Tiffany and Co. and Elizabeth Arden. The brand Lilly Pulitzer, whose founder and namesake was a former classmate of Jackie’s, achieved legendary status when Jackie was photographed for Life Magazine, doting an LP original.

Jackie’s beauty routine was minimal, focusing on her brows and lips, while keeping her skin looking fresh and youthful. She only used tweezers on her brows to keep her natural shape and then filled them in with a pencil. Her face was always lightly contoured and blush was a staple in her beauty bag. Jackie has been quoted saying, “Lipstick is an accessory.”, and her beauty routine adheres to that. She would either match her lipstick to her outfit or would use a bright color to add flare to a more neutral look.

The former First Lady loved a blowout! I washed my hair, wrung the excess water out in a towel, and tried my hand at this blowout method. I am now convinced that Jackie knew what was up and will do my hair like this for all of eternity! The style lasted for three days and took twenty-ish minutes to do!

All in all, her signature look took me around fifteen minutes, start to finish. I primed my face using this Fenty primer, then mixed the IT Cosmetic’s Illuminating CC Cream and Giorgio Armani’s Luminous Silk Foundation, applying the product with a damp Beauty Blender. Using the Glossier Stretch Concealer, I covered my dark under eyes and then set them with the Airspun Loose Face Powder. Dusting the Laura Mercier Mineral Powder all over my face gave me the same glow and perfected complexion of Jackie. Finally, I spritzed Urban Decay’s All Nighter Spray on my face to lock the makeup in place.

Next, I filled in my brows with a brown pencil, focusing on following their natural shape. I bronzed my face using this Tarte pallet, using a much lighter hand than normal. Jackie loved blush and used it to highlight her unique facial structure instead of the popular contour/highlight method used today. I took Bobbie Brown’s Shimmer Brick and turned the apples of my cheeks rosy. For my eyes, I dusted the same bronzer over my lid and blended in a little of the blush, then, using eyeliner, gave my eyes the cat-eye look. I curled and coated my lashes in this cult favorite. Last but not least, I used this beautiful lipstick in the color “Crush”. That final swipe of lipstick transformed from a freshman in college to the iconic First Lady Jaqueline Kennedy.

After doing a Google search of “Jackie Kennedy” costumes, I realized I was going to have to come up with something on my own. So I headed over to my local Goodwill and found a navy, knee length pea coat. I ordered a strand of fake pearls (fun fact: Jackie’s pearls were fake too!), white satin gloves, and a white pillbox hat from Amazon. The pearls and gloves looked like a dream. I completed the ensemble with a strappy pair of nude heels.

Lastly, Jackie believed in the power of a signature scent. Sources claim Lovely Patchouli 55 and Joy by Jean Patou were both staples. Both perfumes have hints of jasmine with an otherwise sultry scent.; unlike Joy by Jean Patou, my scent of choice, Vanille by Anthropologie, that has a vanilla base with jasmine hints.

Former First Lady Kennedy attributes her beauty routine to helping her cope with the loss of her husband, former President John F. Kennedy. The fact that she was able to wake up and knew she could wash her face and spritz on perfume allowed her to feel human while dealing with an immeasurable amount of grief on the most public of stages.

Jackie’s style changes as she goes from Debutante of the Year to First Lady and then to the wife of Aristotle Onassis, however one thing is clear: Jackie perfectly mixed timeless, classic American style with the trends of the time to become one of the biggest style icons to ever live.

One thought on “Becoming Jacqueline Kennedy”