Whether you are British born and bread or an American living across the pond, you are sure to have some interest in the British Royal Family. While we all may fantasize about what it must be like to be a royal, at least we do not have to abide by some of their more traditional fashion rules. The Queen has a number of restrictions she expects everyone else to abide by and although these rules are strictly followed, there are a few times that the royals went against protocol: 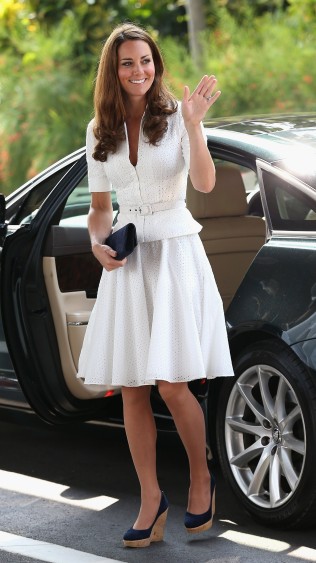 It is a well known fact that the Queen despises wedge shoes. While Kate and Meghan have never been photographed wearing wedges around the Queen, there have been a number of occasions where they have been spotted rocking a cork wedge.

The Queen requires both family and guests to wear pantyhose or tights at royal events. Although not an official royal at the time, Meghan breaks this rule when she was spotted bare-legged during her and Prince Harry’s engagement announcement back in November of 2017.

Royals are required to keep their shoulders covered at all royal engagements. Meghan can be seen breaking this rule back in June 2018 at the “Trooping the Colour.” The newlywed princess’s shoulders are exposed in a blush pink Caroline Herrera dress. 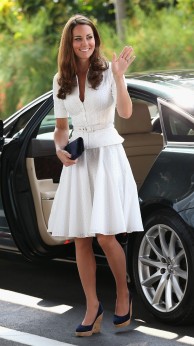 Clutches are used as a safety net. If a princess does not want to shake hands during a visit, she will hold it with both hands, appearing busy. It can also be used to help avoid an embarrassing slip up; for example, Diana would use it as a means to cover cleavage. Meghan has broken this tradition a number of times, including her February 2018 trip to Scotland where she wore a green Strathberry crossbody hanging off her shoulder. 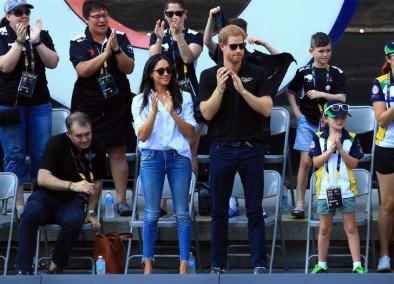 While denim itself is not banned, it is not a go-to item for the royal family. More often than not, women favor trousers, cardigans, and blazers for a casual outing. Jeans are okay for private life, but are frowned upon for any other occasion. You can see both Harry and Meghan wearing a pair out at the Invictus Games in 2017.