Like many other fashion enthusiasts, when I used to go shopping, I would simply buy garments I liked without a second thought. I never thought about where my money was going. However, as I became more engaged with the fashion world, I learned more about the controversies surrounding certain brands and how people were refraining from buying their products as a way of showing their disapproval as conscious consumers. Although it may seem daunting, being cautious of the brands you buy from plays a very important role in the fashion industry and ensures that your voice is heard.

The first step in becoming a conscious consumer is understanding some of the current issues the fashion industry is facing. Some of these problems range from discrimination to contamination. As the founder of GoodGuide, Dara O’Rourke explains, “most people don’t have any idea that their clothing is often coated with chemicals that may have a significant impact on human health and the environment.” Because these topics aren’t usually relayed in the mainstream media, people do not even realize what they are consuming. It is important to explore different news sources and studies to understand what you are buying and wearing. Taking some time to research will allow you to become an educated, careful consumer as you will know what things to look for and note when shopping.

Likewise, just recently in an interview with Vogue, the Chief Marketing Officer of Victoria’s Secret Ed Razek made controversial statements about not including transgender or plus-size models in their annual fashion show. Because of this and their history of lacking diversity in their casting, many have announced that they refuse to watch the show such as model Robyn Lawley and some have even decided to no longer shop at their stores. This boycott exemplifies people using their power as a consumer to express their disapproval for certain practices. By not giving this company their viewership or sales and imploring people to do the same, they threaten their levels of success which then affects their ability to continue operating as they do.

The power of consumers was exemplified when Abercrombie & Fitch’s Chief Executive Officer Mike Jeffries made controversial remarks about only making clothing for a certain body type. This occurrence and other issues led to plummeting success as many consumers refrained from buying their products. The company found their stock was falling and many of their stores had to be closed due to poor sales.

Consumer consciousness is also exercised when issues of working conditions are revealed. For example, H&M is now facing backlash for having unfair labor conditions for their employees in U.S. as well as getting supplies from garment factories with poor working conditions in Cambodia.

When you become aware of the issues surrounding certain brands and products, you may just opt to buy others. However, many also encourage people to buy and use less as less consumption means less waste and less energy being used to make more products which is better for the environment. Some people prefer doing DIY projects to make or upcycle their clothes, thrift shopping, and more instead of consistently buying new clothes. 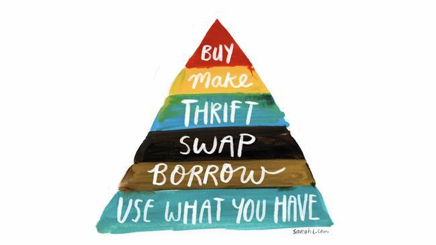 While the fashion industry is full of beauty, diversity, and creativity, it does face some serious issues as well. Though you may not feel as though you have the power to change anything as just one individual, consider the power you have as a consumer. Making the effort to invest in consumer conscious fashion has far more influence than you may think.