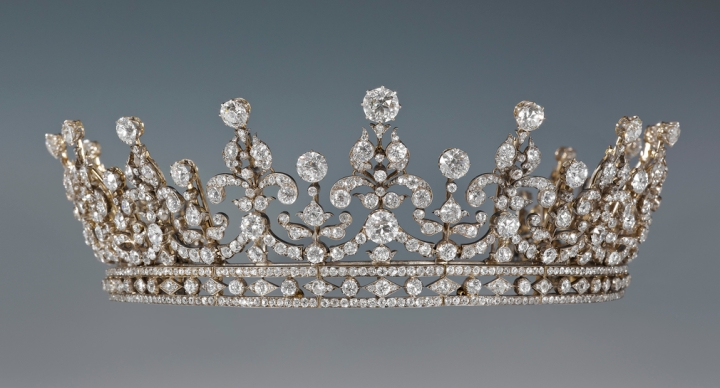 Contrary to popular belief, not all pageant queens begin as toddlers in tiaras. Sometimes life throws a crown at you when you least expect it. That is what happened to reigning Miss Blacksburg, Anah Taylor, who began her pageant career at 20 years old after she needed “something to keep [her] busy,” after a season-ending knee injury during volleyball practice last February; she was the vice president of the Virginia Tech Women’s Club Volleyball team.

According to Anah Taylor, the journey she has been on for the last four months was all to make sure she had an activity to do while she waited to earn clearance to play club volleyball again.

“I was going up to hit the ball and when I landed, I landed improperly and all the weight went on my left knee. My knee buckled in a backwards left angle, popping it out and then back in. I tried to walk it off, but it kept getting worse. I thought, I definitely did something,” Taylor explained. “My whole leg and ankle were swollen; it was so gross.”

Unfortunately, she could not ice away this injury or heal it with rest. Taylor wore a brace for about a month after the injury and then had surgery in March of 2018. The rehab process included using crutches for six weeks, physical therapy for three months, as well as pageants; competing for Miss Virginia was exactly what the doctor ordered.

“Pageantry was a perfect means to keep me busy for the next year because it combines both fitness and intellect,” Taylor explained.

She needed to build up her strength and worked with her pageant-sponsored trainer, Trebel Wellness, as early as 5:00 a.m. All this helped prepare her for clearance in January 2019; just in time for winter tryouts!

Starting in August, Taylor launched into full pageant mode. After receiving a call from the pageant directors accepting her application and choosing her as the new Miss Blacksburg, Taylor prepped to put on her sash. Crowns, gowns and everything else that comes with pageantry are expensive. Fortunately, sponsorship’s played a major role in her quest.

Taylor reached out to many local vendors to ask for them to sponsor her. Her intention behind each and every meeting and email was not just to receive free goods and services, “I wanted them to understand the whole person of Anah Taylor and what being Miss Blacksburg entails.” Taylor explained.

Obtaining free merchandise and services from companies seems like a fantasy because why would a company want to give away its products for free? As a contestant in Miss Virginia USA, however, Taylor has a platform and a way to advertise these products.

“They help me so that I do not have to pay for everything, but I also help them because I give them publicity,” Taylor explained. “Some girls will buy everything they need for the competition which is hard, especially when you are a poor college student!”

Taylor was able to get sponsorship’s for her gowns, beauty treatments, eyelashes, fitness, hair and other accessories and outfits she needed along the way.

Competing in Miss Virginia USA involves each contestant choosing a platform that they will be representing and supporting throughout their reigns as regional crowns, as well as on stage; Taylor’s platform organization was World Vision; they are “a Christian humanitarian organization helping children, families, and their communities overcome poverty and injustice.” She chose this platform because their overall message is something Taylor is incredibly passionate about.

As well as being involved in her platform organization Taylor visited local middle and high schools where she tutored refugees in the New River Valley. She went into schools and spoke to students about education, taking care of their bodies (from the perspective of an HNFE major) and, just being real with them about life.

It is very clear to all those around Taylor that participating in this pageant did not jeopardize the integrity of who she is as a person, but according to herself and others, only made her stronger and more confident. According to her roommates, who have been close friends with Taylor for three years now, it was clear that the meaning behind the crown was so much more than sparkles for Taylor.

“Knowing Anah before she went into the competition and knowing her after was so fun to see how it exploited hobbies of hers! It was fun getting to see the behind the scenes of what goes into preparing for a pageant. Most importantly, it was so fun to watch her continually be herself throughout to whole process. She was unapologetically Anah and not once did her character or personality waiver. She represents herself, her platform of World Vision, and Blacksburg so well.” exclaimed Boyd—who could not hide the pride in her eyes as she beamed about her best friend.

“At first, I made fun of her for it, because it was so not something I would have expected to hear,” Becca Tallman said, another friend and roommate to Taylor. “But at this point, Anah continues to surprise us with being interested and involving herself in obscure things outside of her normal realm.”

Taylor is very passionate about being the woman God made her to be and it is clear that she did not let the pressure of winning the pageant sway her values. When asked about her favorite part of this experience, her answer portrayed this truth beautifully:

“I would say learning about myself. When you do your contestant bio sheets, you really have to think about, ‘Who am I? What do I represent? What do I stand for? What do I love? What am I passionate about?’ And I really enjoyed getting to know myself more and understanding and being able to articulate what kind of woman I am, who I am, and what I stand for.” Taylor explained.

There are many stereotypes and stigmas surrounding pageants, but through her experience Taylor had to completely disagree with them, “The girls were not catty at all. We all genuinely wanted to help one another and be there to see each other succeed,” Taylor explained, “We would help each other with makeup and putting dresses on. If someone had lipstick on their teeth, someone was always there to tell you to wipe it off before you went on. There was no sabotage like you often see in movies.”

“I thought of it like how Sandra Bullock’s character in Miss Congeniality did. I thought that the girls doing it only did it because they were beautiful and wanted to showcase that,” Tallman exclaimed. “What I was surprised about to learn was that they were also like Anah. In that they had organizations they were passionate about and were also intelligent girls who have worked hard to be where they are.”

Critics also tend claim that pageants are sexist and objectifying, butTaylor had a lot to say on that topic: “The entire process really instilled in me their slogan ‘confidentlybeautiful.’ Before this process I would have said ‘oh yeah, I am confidentlybeautiful,’ but I am so much more now after. They really walk their walk andthey truly make you feel that,” said Taylor

She is able to say this with a level of authority–being a strong woman with a long history of body image issues and two different eating disorders.

“I honestly think that stereotype is very misplaced. I felt awesome walking down the runway,” Taylor explained. “I don’t think I’ve ever felt better about myself in my life, and that was probably the least amount of clothing I’ve ever worn in front of a group of people,” Taylor said referring to the swimsuit portion of the competition.

Taylor succeeded in this competition despite it being her first one. Making it to the second round and overall top 15 was an accomplishment she did not expect going into this. Even though becoming a beauty queen was simply just a way to keep her busy, she sees herself possibly trying again in the future.

“I would love to see what would happen next year with me having a little more time, and be a little more prepared going into it,” Taylor explained. “The biggest thing is I really enjoyed working with my platform organization and the whole part of giving back to the community and the people around me. The effect I’ve seen on the people around me and the lives I’ve touched, that is in and of itself enough to bring me back next year.”