In 2016, Calvin Klein made one of its largest re-branding decisions in its history with the signing of Belgian designer, Raf Simons, as their new creative director. The new vision Simons brought to Calvin Klein, however, has come to a halt as the two both came to an agreement this week to end his contract 8 months early. Speculation of this came earlier this year when Emanuel Chirico (CEO of CK’s Parent company PVH) expressed frustration after Calvin Klein’s third quarter revenue performance. After less than 2 years with Raf Simons, Calvin Klein’s board has stated that they want to take a different direction for their brand.

Simons time at CK was by far his shortest stint for an honorable fashion company, as in the past 15 years he has designed for Jil Sander, Dior, and of course, his own renowned menswear label. Despite such a short time period, Raf undoubtedly brought flair back to Calvin Klein with his shows labeled “CALVINKLEIN 205W39NYC” during New York Fashion week. With big name celebrities in attendance for his shows such as A$AP Rocky, Odell Beckham Jr, and Jeff Goldblum just to name a few, Raf certainly brought the hype to NYFW. While being the creative director for CK, he also helped establish NYFW to become a must see, as in previous years it lacked in luster when compared to Paris and London Fashion weeks. 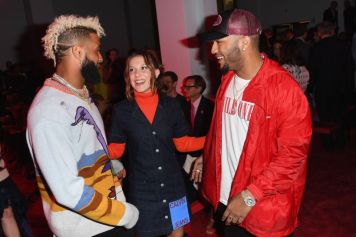 Despite winning 3 fashion awards in his short run with CK, Simon’s creative mind, to me personally, didn’t line up with how I picture Calvin Klein’s brand in general. Simons thrives within high end fashion, and I think this goes way beyond CK’s typical consumer audience. His “CALVINKLEIN 205W39NYC” collection vastly differed from the other collections, notably in price and design. While the pieces from the collection were absolutely amazing, and will likely become priceless pieces in the future, I, however, had trouble purchasing any for a couple of reasons. I would rather buy one of his pieces from his own label than buy something from CK for the same price. CK just doesn’t allure me as a high-end fashion house and I believe others also can agree that they belong as a mid-ranged fashion company with a much larger consumer audience than that of what Simons appeals to. In the end however, I believe this a good choice and will benefit both sides, as Calvin Klein can begin to appeal to its direction of mass production and Simons can return to a more legit high-end fashion house.