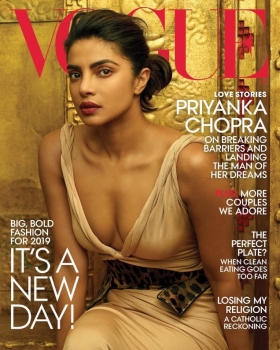 Newly wed and glowing bright as ever, actress Priyanka Chopra Jonas covers Vogue’s January 2019 issue. Photographed by the renowned Annie Liebovitz, Chopra softly, yet intensely, gazes into the lens wearing a light Tom Ford dress to match the golden background she poses before. 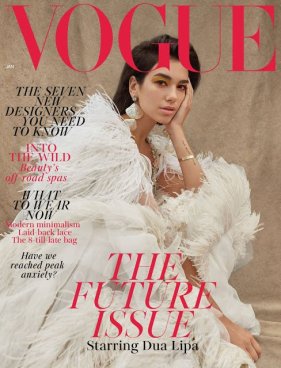 Across the ocean, 22 year old “New Rules” singer Dua Lipa struck a pose for British Vogue’s new year cover. Sitting pretty in her white, feathery Gucci gown, Lipa stars in the magazine’s “Future Issue.” Sure to further her print on the world of music in the new year, Lipa was photographed by Nadine Ijewere, who is set to rise in the world of photography as well.

Practically perfect in every way heading into 2019’s award season, actress Emily Blunt covers Harper’s Bazaar. With a knowing, Mary Poppin’s-esque smirk and stare, Blunt glows in a red Dolce & Gabbana dress. Photographer Richard Phibbs portrays the actress in a soft light as a bird peacefully rests upon her shoulder. 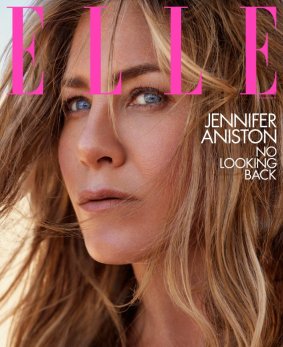 Looking forward, Jennifer Aniston is pictured up close and personal on the cover of Elle. Photographer Zoey Grossman and the actress set up in the desert, designer, and even braless for the gritty photographs of the superstar. In the new year, following the motto of “No Looking Back,” Aniston continues forward into the second decade of the 21st century as well as her fifth decade of life.

Glowing smile and spiraling curls, Michelle Obama thrives on the cover of Essence’s December/January issue photographer by Miller Mobly. Coming into the new year on the high of her new book “Becoming,” the former First Lady continues to be a star of society as she “Opens Up” about her relationship with the former president and more.

In 2018, rapper Travis Scott made the year “stormy” with he and Kylie Jenner’s baby girl and his Astroworld invasion. With a Grammy nomination on his shoulders coming into the new year, Scott fiercely posed for Rolling Stone. As his noteworthy braids are ombred blonde and flat ironed, and his rings, chains, and grill sparkle with diamonds, the future of Travis Scott can only shines even brighter going into 2019 and hopefully platinum.