As the 2018 election became one of the most memorable, with so many influential women taking seats, the new voices of Congress have been symbolized through their fashion and diversity. While their platforms speak for themselves, many of the Congresswomen’s successes and fresh perspectives have been commemorated by their clothes.

Just recently, many Congresswomen, from Speaker of the House Nancy Pelosi to the recently-elected Representative of New York’s 14th district Alexandria Ocasio-Cortez, wore white to the State of the Union address to honor the Suffragette movement and display their dedication to women’s rights. Some went even further as to feature a pin of Jakelin Amei Rosemary Caal Maquin, a 7-year-old girl from Guatemala who died in the custody of Border Patrol. As images surfaced of the women standing together wearing white in unity, they made headlines throughout the whole night; despite not having the microphone, their voices were clearly heard.

While this bold move at the State of the Union has become an iconic image of this election, this is just the latest and most recognized occurrence of fashion being utilized in the political world. Many of the women who have recently taken office have also made bold style choices that have brought them plenty of recognition, too.

Just at the State of the Union, one of the two first Muslim women to be elected to the House, Representative Ilhan Omar’s choice of hijab has also been appreciated by supporters. In addition to wearing white in solidarity with others, Omar also sported a blue headscarf and red top, a reference noting the American flag.

Another Congresswomen, who has received plenty of recognition, is Ocasio-Cortez, who won over her district with her humble background and adamant dedication to serve her home, the Bronx, making her the youngest woman to ever hold a seat in Congress. One of the many ways in which her hard work to win the election has been symbolized by her first pair of campaign shoes. The worn-out shoes were featured in the exhibition “Women Empowered: Fashions from the Frontline” by the Cornell Costume & Textile Collection. 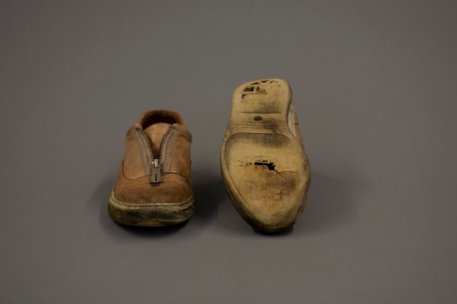 Then, when she beat out the incumbent candidate and won her district, Ocasio-Cortez opted to wear hoop earrings and red lipstick as a tribute to Sonya Sotomayor, who was advised to tone down her style during her confirmation and for the women in the Bronx who have often been criticized for their style. Her outspokenness and iconic style have certainly received recognition, from supporters and opponents alike. One of her most iconic style moments came to be as a result of a writer insinuating that her jacket was too nice for a girl who has struggled. In response, many of her supporters spoofed his comments, making the jacket another symbol of her journey to office.

In the hustle of politics, clothing is often a non-issue. However, in many cases style can hold meaning. Fashion can speak volumes in addition to these new voices that are sure to be heard.