Last year, Kylie Jenner made “The 60 Richest Self-made Women’s” list.  In less than three years, she turned her makeup brand into a $900 million dollar fortune. The twenty-one year old found a way to turn her biggest insecurity into her biggest success. When she was fifteen, Kylie Jenner got her first lip fillers, which the press highly criticized her for. However, instead of letting it get to her, she learned from her sister, Kim Kardashian, and turned her assets into her brand. In November of 2015, she founded Kylie Cosmetics.

The company started off by selling lip kits, but has since grown into selling many products such as eye shadow pallets, makeup brushes, highlighters, and so much more. The company itself has grossed around $900 million, which is very rare, especially in just under three years. She found a way to not only use her beauty assets but also her family’s fame as a platform to boost her empire, and social media has become her best resource in doing so. She uses her Instagram page, along with her YouTube channel, to promote her latest products. Kylie Jenner has certainly found a way to tap into and take advantage of free advertising; she runs all her accounts herself and works hard at utilizing them. Many people call her the ultimate influencer; she doesn’t have to work with other companies to endorse her products, she is the endorsement. 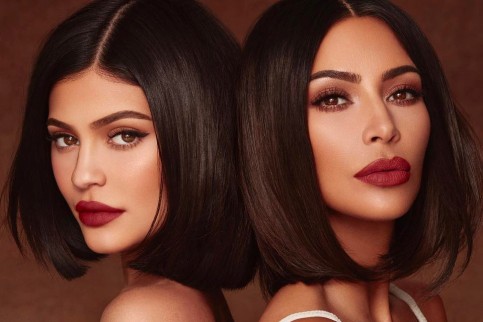 She has also utilized her family in promoting her brand of Kylie Cosmetics. She has collaborated with both her sisters Kim and Kourtney Kardashian, along with her mother, Kris Jenner, to create several products and collections. Her collaborations with her family members has really helped to advance her brand and presence in the makeup industry. Kylie Jenner is a self-made entrepreneur and is set to become one of the youngest self-made billionaires, beating out Mark Zuckerberg, who became a billionaire at the age of twenty-three.