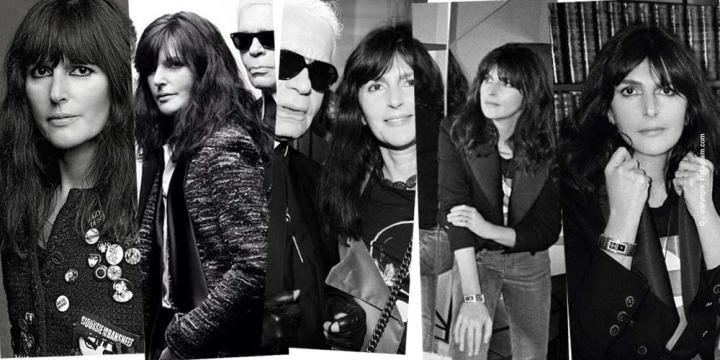 It has been almost a week since Karl Lagerfeld, head of the House of Chanel, passed away and the fashion industry is still mourning the loss. Lagerfeld is by far the world’s most iconic and prolific fashion designer. Along with being heavily involved with Chanel, he oversaw women’s collections for more than 50 years at Fendi; they have not come forth with a succession plan yet. Fendi said they do not want to discuss his succession now, they would rather take this time to honor his life. However, Virginie Virard, whom Lagerfeld described as “my right hand and my left hand” has been appointed to be his successor for Chanel.

Virginie Viard was appointed to fulfill Lagerfeld’s position on Tuesday and has been entrusted by the Wertheimer family to carry on the legacy of the iconic Gabrielle Chanel and Karl Lagerfeld. Viard, also known as “Karl’s secret weapon” began her career at Chanel as an intern in 1987 in the embroidery department, about 4 years after Karl Lagerfeld became the creative director of the brand. She was at Chanel until 1992 when she joined Lagerfeld at Chloé before returning back to Chanel after 5 years. After her comeback to Chanel, Viard worked her way up to become the director of the company’s fashion design studio.

In a Netflix documentary, Lagerfeld described Virginie as, “…the most important person, not only for me but also for the atelier, for everything. She is my right arm and even if I don’t see her, we are on the phone all the time”. Viard does not enjoy being in the spotlight, but that has potential to drastically change now that she is taking over Lagerfeld’s previous position. Recently, Viard has taken bows at the end of each Chanel show with Lagerfeld, including the Chanel Métiers d’Art this past December.

With the appointment of Virginie Viard, this will provide continuity of Chanel since the brand is rapidly growing and she was the closest to Lagerfeld. For the first time in 108 years, the company revealed its annual results last June, disclosing their global sales of more than $9.6 billion in 2017 which increased 11% from 2016. Their operating profits coming out at a whopping $2.69 billion, making Chanel one of the most successful luxury businesses in the world. The question remains as to whether Viard will be able to keep Chanel fresh in the years to come, but for now, the Wertheimer family is sticking by their decision.

Just to name a few, Louis Vuitton, Christian Dior, and Gucci, are using the template that Karl Lagerfeld created when he first joined Chanel. He turned the French fashion label into a multi-billion-dollar global luxury powerhouse and before he arrived at Chanel, there was nothing like this that existed in the industry. Lagerfeld’s legacy will forever live on in the fashion world, and especially at Chanel. While he may no longer be with us, Virginie Viard will do an exceptional job at maintaining what he and Gabrielle would have wanted for the brand today.

Chanel is highly focused on being the ultimate house of luxury while generating desire and breaking away from societal norms to define style. Ever since the time of Gabrielle Chanel herself, they have done just that and will continue to do so in the future. Chanel is one of those timeless, classic brands that will forever remain iconic. The most innovative and creative minds in the world have worked for this brand, and I have no doubt Virginie Viard will do everything she can to keep Karl Lagerfeld’s spirit alive in the brand and honor his life in the best way.