Deemed the “Top Gear of Fashion”, @paq.official is an online T.V show focused all about fashion, art, and creativity. The U.K group is made up of Elias Riadi, Danny Lomas, Dexter “Dex” Black, and Shaquille “Shaq” Keith who all are passionate about broadening the fashion and design culture. With weekly episodes, the group have gathered immense popularity not only from viewers but also from big time companies, such as Adidas, The North Face, and Nikon. Episodes consist of fit pic challenges, making music videos, or creating look books, in which they consistently bring new and interesting ideas every week.

Slyde is a recently created app that allows fashionistas to test their ability in outfit creations. The user has a timeline which consists of other users’ fit pics, in which they then rate them on a scale of 1-5. The highest rated users of the week end up getting promoted on their Instagram page, @slydeofficial. They can even end up in “fit battles” in which the top picks of the week battle out on who has the best fit, which is huge promotion for want-to-be influencers. 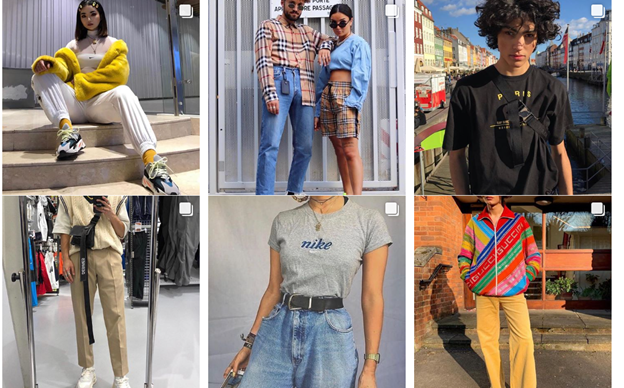 Wanting to gain inspiration for your daily wear from celebrities and pop culture stars? Well, @fashionfuckery is the page for you, as it has an inspo-board of fire celebrity fits to vintage moments from the 1980’s and 90’s. With highlights from Kanye West, David Beckham, and Freddy Mercury, the page continuously posts funny, relatable, and inspiring content.

The kingpin of call outs, @dietprada has notoriously been known for not letting any copy cats go unnoticed. With no fear of willing to rip into any designer or celebrity, Diet Prada will always give you the latest news and reviews of the most recent fashion shows and designs. From exposing Fashion Nova and Kim K to hilarious comparisons of questionable designs, Diet Prada has created a fun and informative Instagram account that everyone should give a follow. With amassing over 1.2 million followers, they’ve been able to create a very strong fan base, named “Dieters”, that the account is extremely interactive with.

One of my personal favorite accounts, @thefashionbruh has some of the best inspiration boards for street wear. Despite only having 50,000 followers, The Fashion Bruh has been one the fastest growing street wear accounts since its creation in August 2018. From vintage to high end, The Fashion Bruh highlights the best fits from small and large influencers on a daily basis. 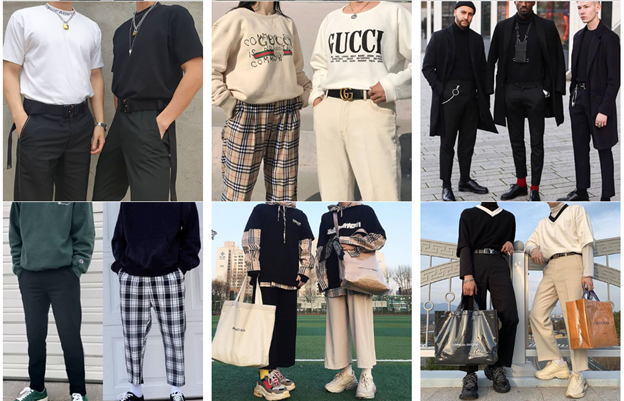