A storm has been brewing on social media in response to Japan’s Nippon TV reporting the different policies companies in the nation have for women wearing glasses in the workplace. Many of the companies that have banned women from wearing them include popular retail chains, one of them stating that it made women look “cold.” In response, people took to Twitter, trending #glassesban to show their disapproval for the restrictive policy placed on women.

Yet, this isn’t the first time that women in Japan have faced harsh rules when it comes to what they wear to work. Earlier in the year, there were waves of controversy in response to requirements for women to wear makeup and heels in the workplace. For the latter, writer and actress Yumi Ishikawa launched the movement #KuToo and began a petition to display people’s disappointment with the high heel policy. While health minister Takumi Nemoto defended the policy, citing that it was “occupationally necessary and appropriate,” Kumiko Nemoto, a sociology professor at Kyoto University of Foreign Studies claimed that it was “outdated” and “discriminatory”, as it targets women.

Ishikawa echoes Professor Nemoto’s sentiments when it comes to the glasses policy as well. She explains, “This problem with glasses is the exact same as high heels. It’s only a rule for female workers.” However, an official from the ministry of labor, Ryutarou Yamagishi, said he didn’t know about the hashtag against the glasses ban when he was asked for a comment. 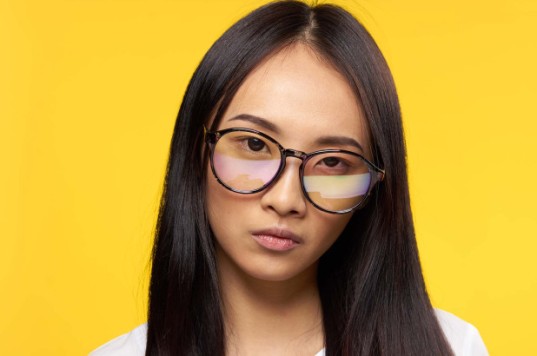 Professor Nemoto points out the major issue with these policies and how their society and government respond to it, or don’t. She states, “women are evaluated mostly on their appearance. That’s the message these policies are sending, at least.”

Still, this is only one of the many inequalities that women in Japan face. Sexual assault have become such an issue that each month, activists take place in a peaceful protest against sex crimes called the flower demonstration, calling for an end and for judges to be more attentive to the victims’ human rights. Additionally, a total of nine medical schools admittedly compromised entrance exams to purposefully prevent women from being admitted.

These policies regarding what women can wear in the workplace only scratch the surface of what women in Japan face. The withstanding issues call for action and change as the fight for equality continues.